Proudly made in Mexico.
Then, now, & always.

Cholula has been made in Mexico since its inception, and is named after the oldest inhabited city in the country. Our complex flavor comes from a family recipe that has been handed down through many generations, blending native arbol and pequin peppers with an array of regional spices. From our distinctive wooden cap, to the delicious sauce inside, every bottle of Cholula is a celebration of great food, flavor and our Mexican roots.

Today Cholula is sold in Mexico and in over 20 countries internationally. We are proud to bring a little bit of Mexican tradition and craftmanship to delicious meals around the globe. 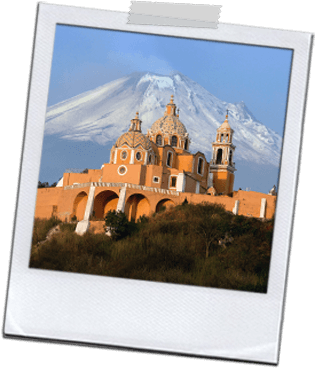 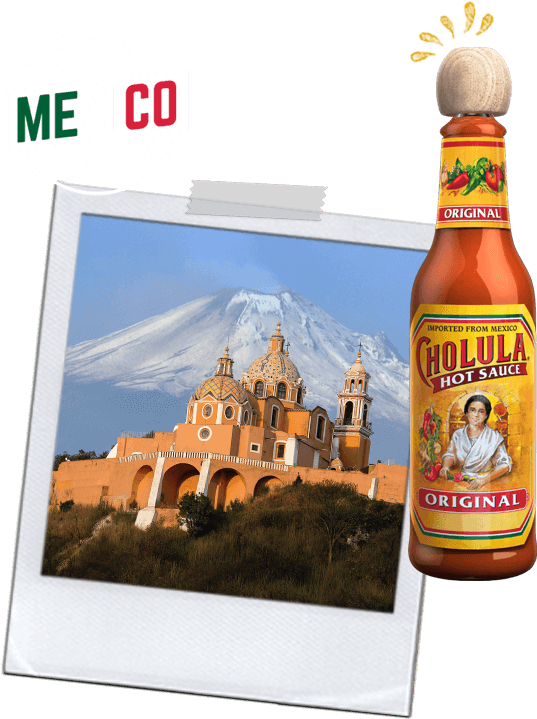 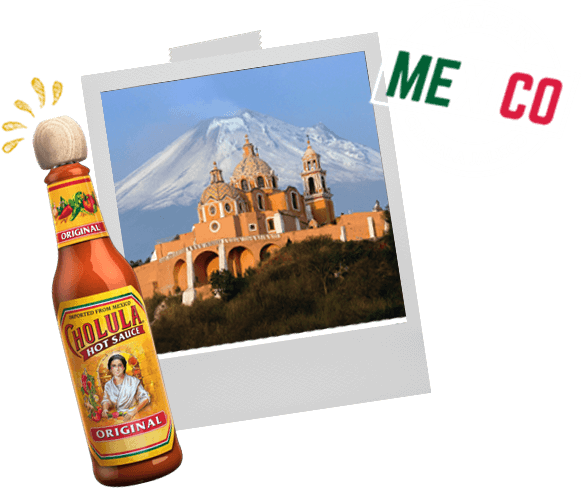 Why is it called Cholula?

We are a brand with a proud Mexican heritage that is now a fixture in American homes and restaurants. To honor our roots, Cholula Hot Sauce was named after a 2,500-year-old city in Mexico, the oldest inhabited city in North America.

How do you pronounce Cholula?

How spicy is Cholula Hot Sauce?

Where can i find Cholula?

Cholula Hot Sauce is available in stores across the United States as well as in restaurants who know about good flavor. We now also have our products available online so just click the SHOP button at the top and start purchasing!

Is Cholula Hot Sauce good for my health?

While we cannot make health claims, research has shown that chili peppers deliver significant benefits such as Vitamin A, antioxidants, acceleration of metabolic rates and may lower blood pressure.

Does Cholula Hot Sauce need to be refrigerated?

Where can i purchase the big bottle of Cholula (64oz)?

The big bottle can easily be purchased on our online store in an assortment of flavors.

Is the Cholula bottle and its cap recyclable?

Cholula has taken every step to ensure that the bottle and all of its elements are recyclable. It is important to note that for the cap, the components do need to be separated from each other in order to recycle properly. Once the plastic cap is removed from the wooden top, the liner must also be removed so the polymer cap can be recycled appropriately. Once separated from other remains, reclaimed wood can be easily crushed to build boards fully useful for building furniture and interior particleboard, at affordable prices for consumers.

Are there other ways to recycle the bottle?

There are many other creative ways to recycle the Cholula bottle which include vases, pencil holders, wind chimes, soap dispenser, tiny pet water bowl, or a cap charm bracelet. We love to hear from our consumers on interesting ways the bottle and cap are reused.

Stay tuned on all things Cholula with our newsletter.
Sign up below.